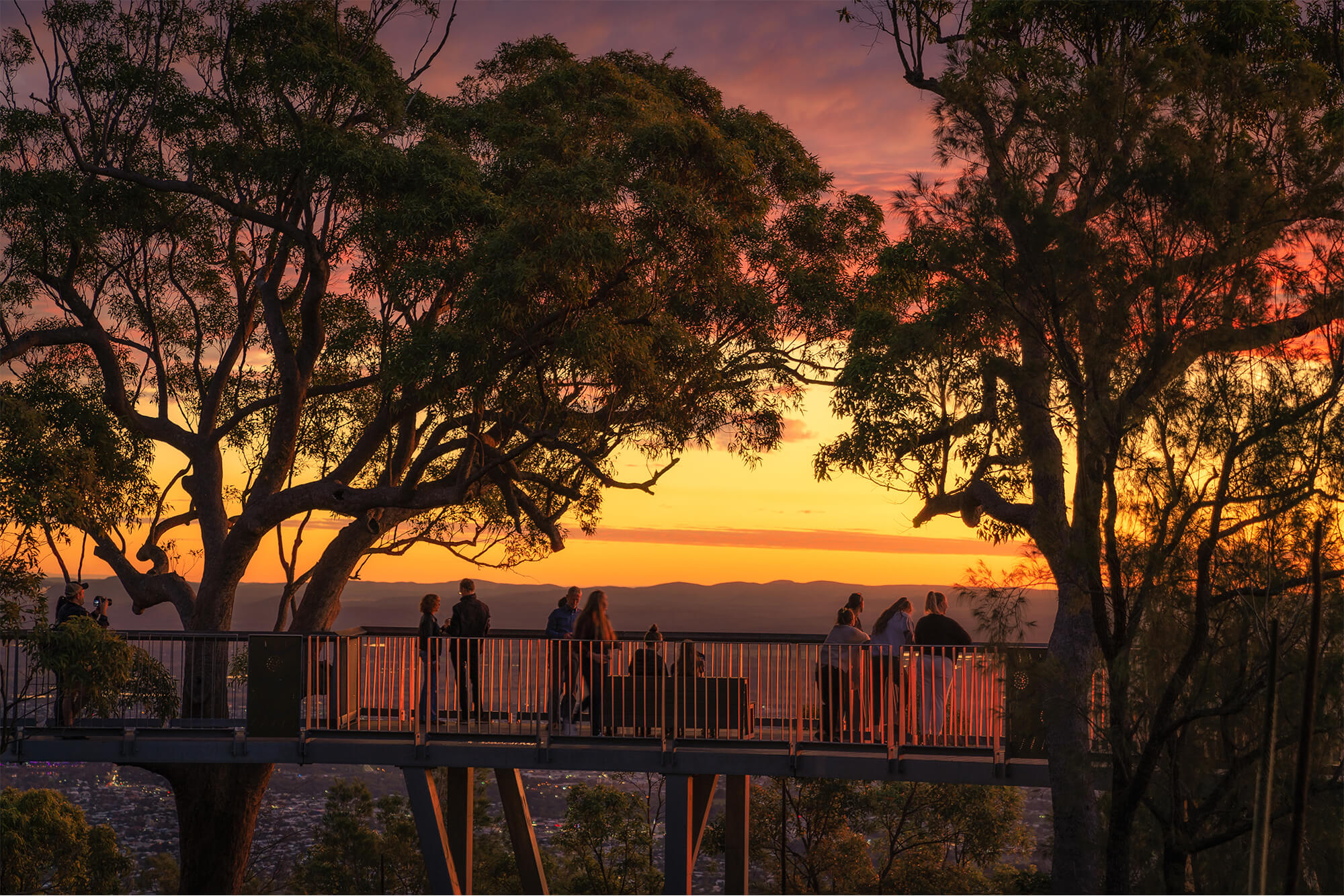 Explore Rockhampton from above.

On the award-winning Nurim Circuit Elevated Boardwalk at Mount Archer National Park, your eyes will open wide to views spanning across the region from its peak 604 metres above ground. The area offers fantastic facilities for picnics and boasts a modern playground for the kids.

5 surprising things to do in Rockhampton>> 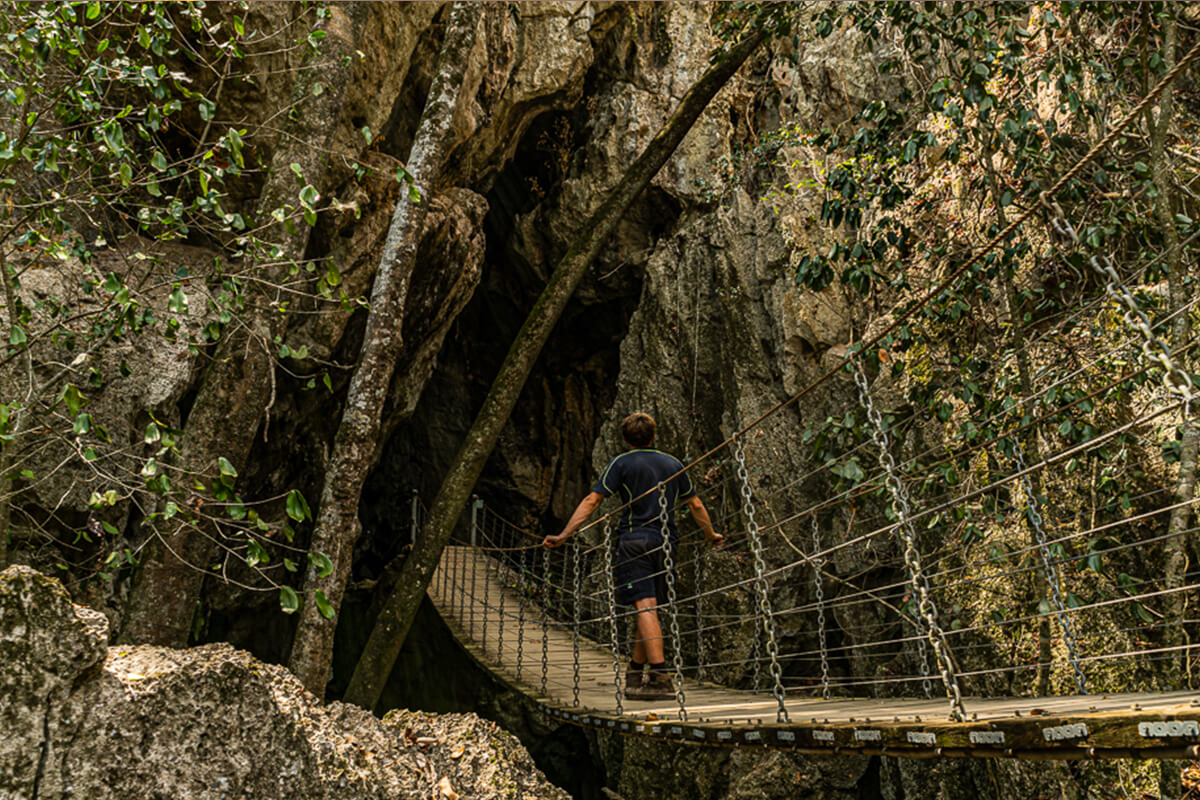 Rockhampton is home to the multi-award winning Capricorn Caves, located a mere 23 km north of the city.

The Capricorn Caves are part of the ‘Dig the Tropic Geo Trail’ and are believed to be the state’s oldest tourist attraction. These incredible above-ground limestone caves were formed from an ancient coral reef over 400 million years ago. Today they offer a variety of tours to suit all ages and abilities. But the cave adventures do no end there, the nearby Mount Etna Caves National Park is home to eighty per cent of Australia’s breeding population of female bent-wing bats. From December to February ranger-guided tours are offered to see this spectacular nightly emergence of over 100,000 bats from their roost at feeding time. This is one of the few places in the world where you can witness this incredible spectacle.

Another rewarding stop along the ‘Dig the Tropic Geo Trail’ is Mount Hay Gemstone Tourist Park, located just west of Rockhampton. Enjoy the incredible experience of fossicking for ‘Thunder-Eggs’. Also known as ‘volcanic birthstones’, these egg shaped rocks are crystalline formations that occur when gas bubbles in molten lava, solidifying on cooling. The rocks are spectacular when cut open and no two are alike.

Places to stay in Rockhampton>> 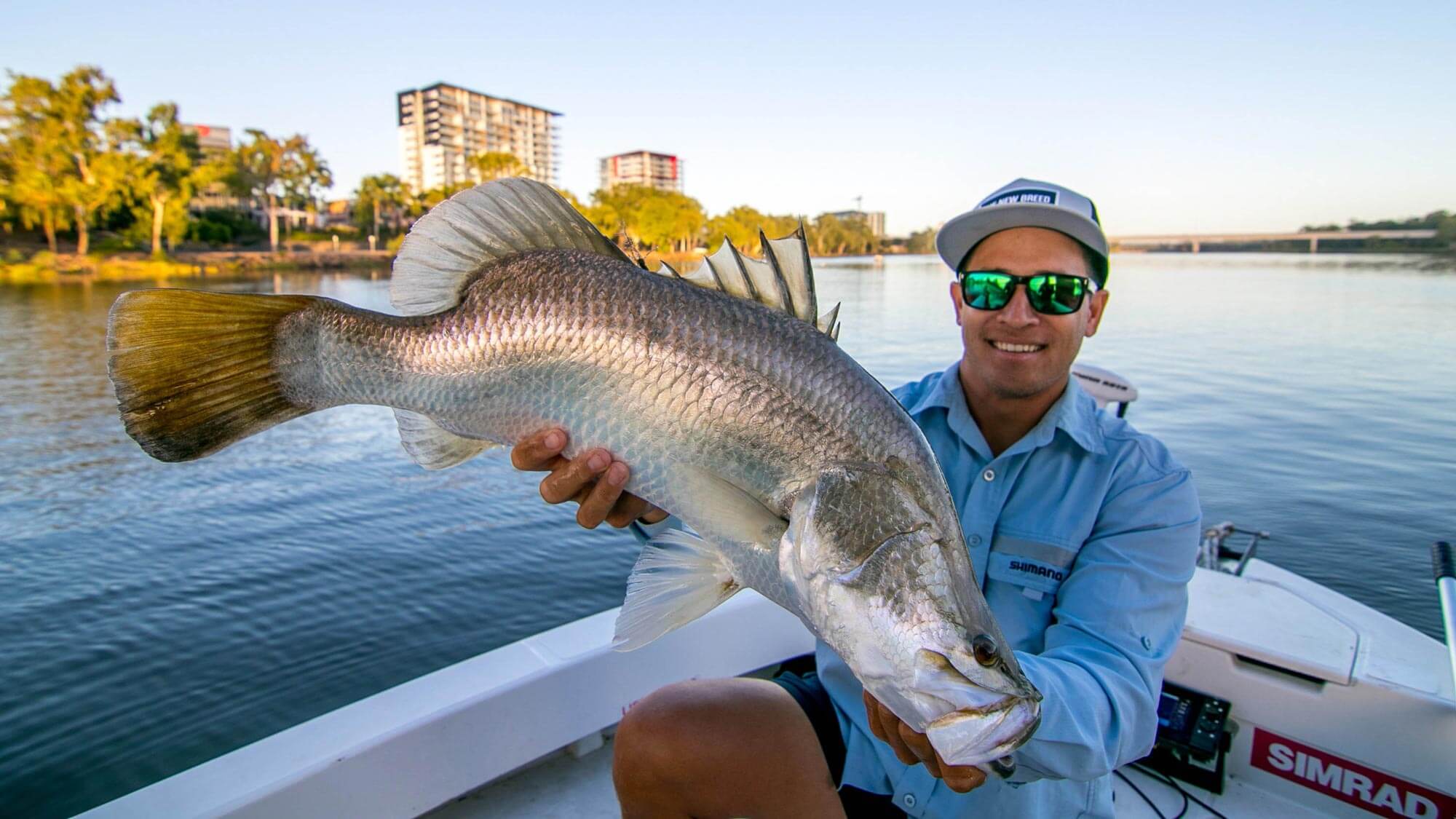 The mighty Fitzroy River catchment makes Rockhampton an angler’s paradise. Try your luck solo, or hook up with one of the local guided fishing charters and catch your self a trophy fish right in the city centre!

With 140,000 sq kilometres of deltas and tributaries in the Fitzroy River catchment, our waterways are brimming with barramundi that won’t disappoint. Let a local give you tips on these charter options.

Or if sightseeing and wildlife are more your style, don’t miss River Cruises CQ who offer day and night cruises. 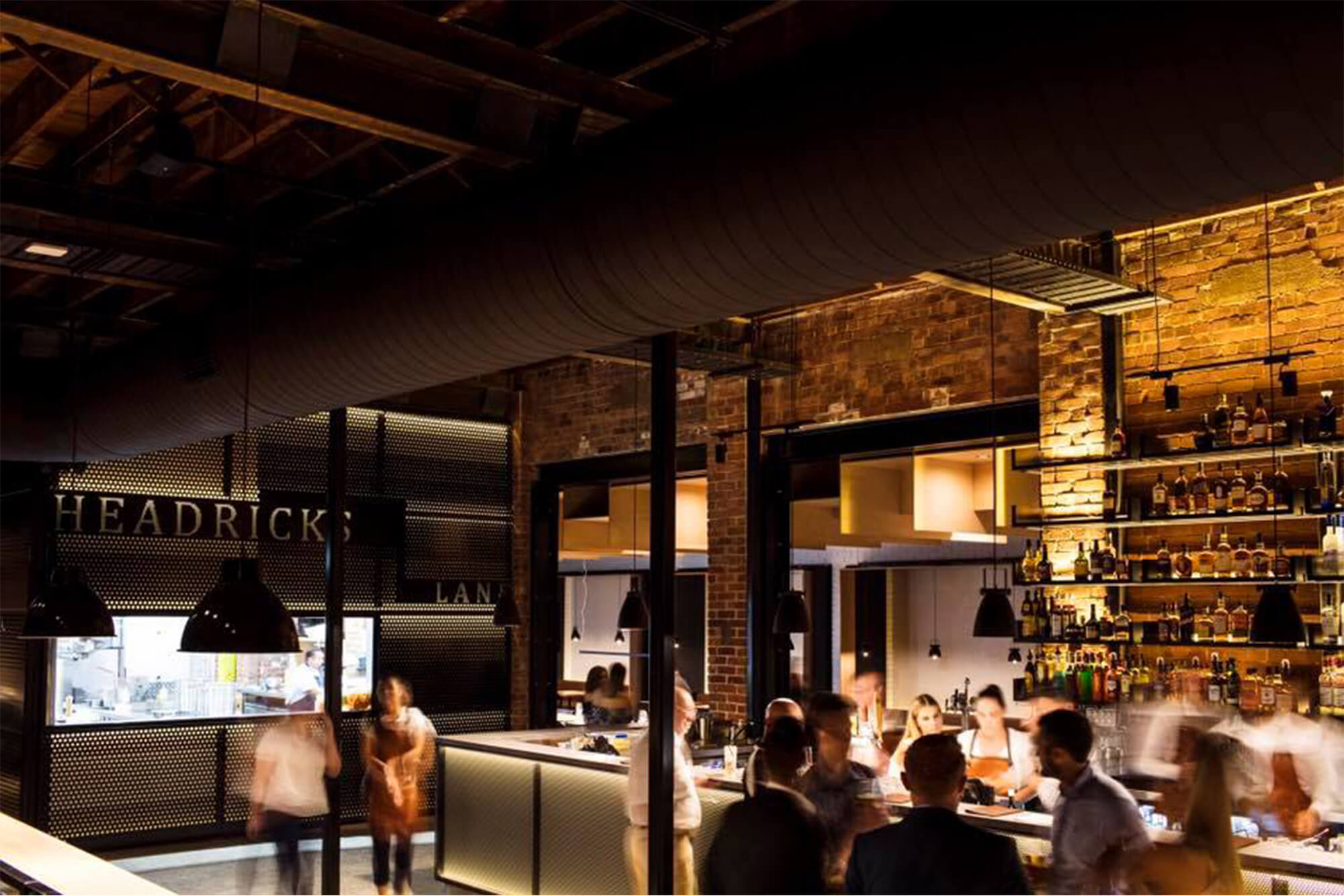 Rockhampton has reinvented itself as a city offering classy eateries, microbreweries and distilleries.

The city basks on the banks of the swirling Fitzroy River and has a fabulous new riverfront precinct, which was completed in 2018. Presided over by the imposing Customs House and lined with elegantly restored Victorian buildings, you’ll find yourself gravitating to this neck of the woods for dining and nightlife. 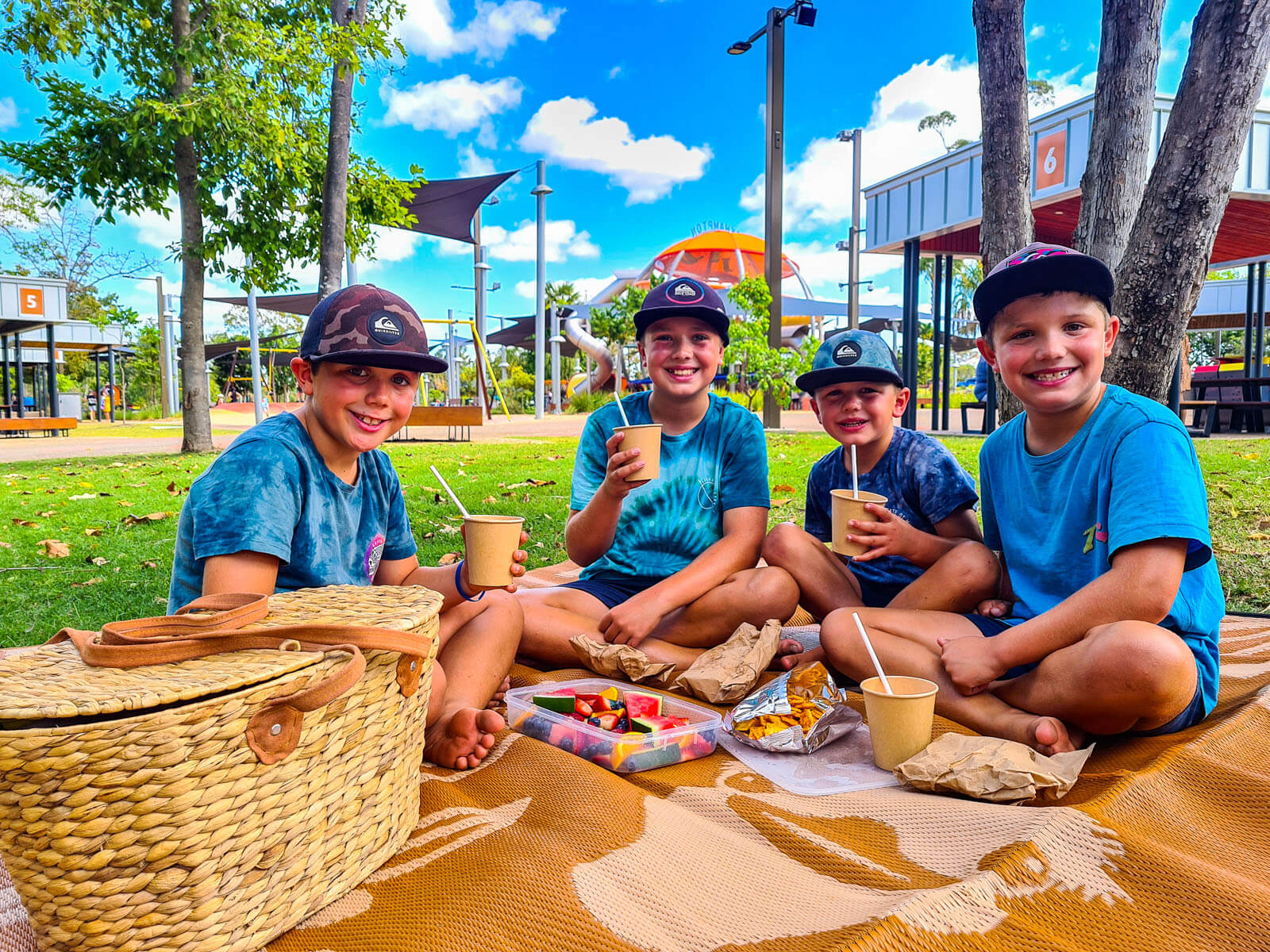 Keep the kids busy for hours

Discover the City’s oasis (with playgrounds and a zoo too!)

Rockhampton Botanical Gardens are amongst the oldest public gardens in Queensland, celebrating 150 years in 2020. A must do whilst at the gardens is a visit to Gardens Tea Rooms Cafe. The Cafe is nestled in the heart of the gardens, engulfed by one of the most epic display of Banyan Figs you’re likely to see anywhere in Queensland. Rockhampton Zoo is also located onsite and is a FREE attraction for all. Here you can see over 60 species of native and exotic animals.

Kershaw Gardens is not only a fantastic place to walk (or scooter), but it’s a great day out for the kids with an amazing playground and water play area. Prepare to get your toes wet in a meandering water course designed to represent the flow of water through the Fitzroy River. 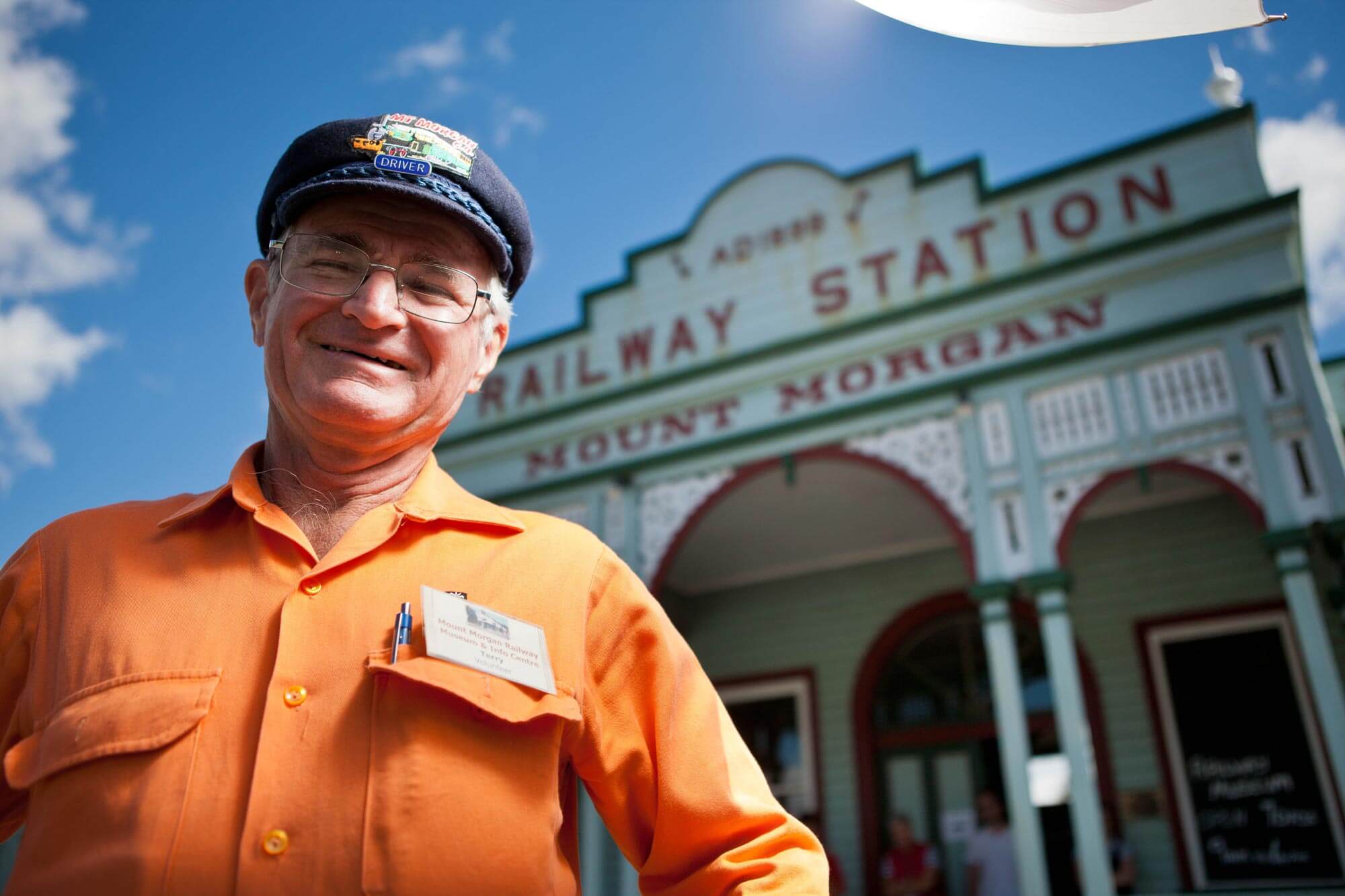 Rockhampton and Mount Morgan are filled with contrast.